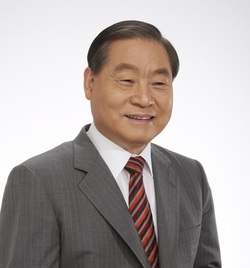 
Self-presentation:
I have  been a professor of social philosophy at Soongsil University, Seoul,  Korea.  I studied  in Seoul National University, Korea and in Goettingen University, Germany and  received the degree, Doctor of Social Sciences (Dr. disc. Pol) from  Goettingen.  Since
2000 I have been involved in UNESCO work, and served as the founding Director of   Asia-Pacific Centre of Education for International Understanding,  UNESCO
Category  II institute for 4 years and as Secretary-General of Korean National Commission  for UNESCO for another 4 years and now I am serving as the first  Director-General of Asia-Pacific Centre for Intangible Cultural Heritage,  UNESCO.
I served  also as President of Korean Philosophical Association in 2008 and was elected as  Executive Member of International Federation of Philosophical  Societies  (FISP).  We hosted 22th World Congress of Philosophy in Seoul in  2008.
My  concern in social philosophy lied in political thought and ideology and  ethical  Issues, peace, human right, justice. I served also 7 years as Executive member of World  Council of Churches.
I have  also served in many Ngos, Forum for Democracy in Korea, and  People’s  Solidarity for Participatory Democracy, and Christian Professors  Association, and  Korean  Christian Cooperation for Social  Development.