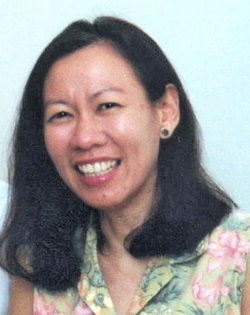 Teresa (Tesa) S. Encarnacion Tadem is Professor of Political  Science, College of Social Sciences and Philosophy, University of the Philippines, Diliman and President of the Philippine Political Science Association. She previously served as Chair of her Department (2000-2003)  and Director of Third World Studies Center and Editor of its journal, Kasarinlan:  Philippine Journal of Third World  Studies(2004-2010).


Her latest publications include the edite volume, Localizing and Transnationalizing Contentious Politics: Global Civil
Society Movements in the Philippines (Lexington Press 2009) and the co-edited volume, Marxism in the
Philippines: Continuing Engagements (ANVIL 2010).Philippine Technocracy as A Bulwark Against Corruption: the Promise and the Pitfall


Self-presentation:
I am currently writing  a series articles on the Philippine technocracy during the martial law period  (1972-1986). This is based on a three-year research project on  the three-year (2007-2010) Japan Society for the Promotion of   Science-sponsored research project, “Economic Policy-making and the Philippine  Development Experience, 1970-1985: An Oral History Project,” of which I was team  member. I have also been writing and publishing articles on the following topics:  a comparative study of the  Basque and Moro separatist movements;   the anti-globalization campaigns in the Philippines and Southeast Asia;  the Philippine middle class and the role of Philippine civil society in WTO  negotations.